An insightful article in which the author talks about how India invented Yoga, lost it, regained it and now wants to give it away again.

“Yoga was seen as a process to train the mind to see reality as it really is and not a projection of our frenetic collective minds or our senses alone.”

At 6:45 am on 21st June 2015, India’s Prime Minister Narendra Modi sat on the dais at New Delhi’s Rajpat and brought about a cultural revolution. Singlehandedly, he was able to achieve a global diplomatic coup that would become the envy of China and Pakistan. 35,000 people at Rajpath and millions around the country joined him for 45 minutes of yoga poses. This was followed by millions of yogis around the world doing the same in an act of collective consciousness rarely seen before. India managed to flex its soft power muscles and became the official elder keeper of yoga and the exporter of harmony, wisdom and inner peace. It is estimated that 20 million people took part in the UN’s International Day of Yoga across 192 countries. Shear yogic will power!

At first I was very cynical, thinking of all those poor secretaries and under secretaries and civil servants being forced to do yoga by the government. But then I realized that yoga had become India’s once again. Just 9 months earlier Modi stood up at his first appearance at the UN General Assembly as Prime Minister and called upon the world to embrace an International Day of Yoga and the a few weeks later on 11th December, 177 countries led by Norway co-sponsored the Bill and it was passed making it the largest vote in UN history. A very Indian coup indeed!

Millions of people practice yoga every day around the world from the parks, schools and ashrams of India to the gyms and salons across the US, Europe, China and most countries of the world. It is estimated to be a $64 billion dollar industry including schools, equipment, accessories and media. But to really understand how significant a coup this was for Modi we have to take a closer look at history. Like so many great things of India, yoga had to first leave home, achieve fame in the west and then return home to a hero’s welcome. The Indian way!

The evolution of yoga occurred in 3 phases. First was Yoga 1.0; the invention and development of Yoga in the Indian subcontinent over 5,000 years. Then came Yoga 2.0 or how the West discovered Yoga and transformed it into big business. And then finally we are now entering what can be termed Yoga 3.0 – the return of the prodigal son and the establishing of India as the custodian of wisdom and harmony once again.

The origins of yoga lie somewhere in South Asia’s very ancient past and the art most likely developed with shamanic mystics in the Himalayan region across today’s India, Pakistan, Tibet, Nepal and Afghanistan. Seals depicting yoga like poses were discovered across the cities of the Indus Saraswati Valley Civilization showing advanced knowledge of yoga as early as 2,500 BCE. During the Vedic period around 1,000 BCE, the practice became known as yoga as Sanskrit became the language of the subcontinent and was described in detail in the Upanishads or the end of the Vedas. It wasn’t until the 2nnd Century BCE that yoga was codified and documented through the Yoga Sutras of a sage called Patanjali. In its early form and as embraced by most South Asian religions of that period, yoga was a technique or tool for stilling the body in order to still the chaos of the mind therefore altering one’s state of consciousness. It became a prerequisite to most spiritual and religious practices and even the Buddha and Mahavir of the Jains were considered to be advanced yogis.

Yoga was seen as a process to train the mind to see reality as it really is and not a projection of our frenetic collective minds or our senses alone. By following the rules, breathing, doing the postures, learning concentration and how to meditate, the yogi would eventually rise above all their chaotic selves and find harmony in a higher state of consciousness. The by-products would be good health, a calm mind, laser like focus and awareness, a kinder disposition towards all life and the planet and a higher state of consciousness and bliss. This was the promise and it is has remained compelling for over 5,000 years.

In India yoga became an integral part of everyday life by the 9th century with the teachings of Adi Shankara and Gorakshanath but soon after was forced underground following Islamic invasions and colonization. By the time the British came, yoga was practiced exclusively by secret schools and yogis and was seen as exotic and occult in nature. In the early part of the 20th century, yoga started becoming fashionable again amongst maharajas and their British guests and regular demonstrations were held to show the magical abilities of yogis. The Maharaja of Mysore was a great yoga patron and his teacher Shri Krishnamacharya revived the ancient Nath art of hatha yoga, which most people think of as yoga today. He had 3 students who would take Yoga to the World – BKS Iyengar, K Pattabhi Jois and his son Desikachar.

How did yoga first enter the global conversation? In the 19th century Hindu and yogic ideas had entered American and European drawing rooms and parlours with the translation of the Upanishads and the Bhagwad Geeta by indologists like Max Mueller and also through the work of the theosophists, the New England transcendentalists and demonstrations by maharajas in London. When Swami Vivekananda arrived in America in 1893 at the first World’s Parliament of Religions the word yoga really caught on with the publications of his book Raja Yoga, but what he had in mind was very different from the physical asanas we are obsessed with today and more the yoga of the mind. Swami Yogananda took that further in the 1920’s and introduced the world to the esoteric and mysterious practices of kundalini and kriya yoga. Many Indian teachers made their way to America in the years following but it was the arrival of BKS Iyengar in 1956 that changed everything.

Iyengar was a student of the Krishnamacharya and had been befriended by the Israeli classical violinist Yehudi Menuhin who became his first international student and took him on a grand yoga tour of Zurich, Paris, London and New York where he performed demonstrations at Carnegie Hall. Audiences were amazed with his asanas and he became an overnight celebrity. In America he held workshops and classes and eventually set up his first school in Chicago, the very city that had hosted Vivekananda 60 years earlier. His old childhood friend Pattabhi Jois also followed suit and Iyengar Yoga and Jois’ Ashthanga Vinyasa Yoga schools started to redefine yoga in the West. Today most yoga teachers in America can trace their entry into yoga to one of these schools. In 1966, Iyengar published his seminal book Light on Yoga, which went on to become a global bestseller in 17 languages. Yoga had gone global and it was said that every Madison Avenue ad man had a copy of the book hidden in his office drawers. In the years following this tipping point, millions of American and Europeans took to yoga and brands like Vikram Yoga, Rodney Yee, Power Yoga and GAIAM took yoga to a new level as a real health and wellness industry worth over $64 billion worldwide today.

In India, most people felt a sense of resentment at the business of yoga in the West and an effort was made in the 2000’s to take back some of the magic. Many Indian teachers like Baba Ramdev and Shri Shri Ravi Shankar made yoga popular again with the middle classes and the government set up a division of the Ministry of Health called AYUSH (Ayurveda, Yoga, Unani, Siddha and Homeopathy) to protect and disseminate classical yoga. Then in 2014, Narendra Modi and the BJP came to power in India and yoga would find a new champion in the home of where it began.

“Yoga does not discriminate; to varying degrees, all people can practice, regardless of their relative strength, age or ability…I appreciated the simple sense of satisfaction that Yoga can bring,” ~ UN Secretary General Ban Ki-moon on International Yoga Day.

Every morning at 5 am, Narendra Modi sits in the garden of his home at Racecourse Road and does at least 30 minutes of yoga. His daily ritual includes asanas, pranayama, dharana, pratyahara and dhyana – 5 major parts of the ashthanga or the eight-limbed yoga system codified by Patanjali back in the 2nd century BCE. This is classical yoga and India wants the world share this wisdom.

In a series of strategic moves after coming to office, the PM first converted AYUSH into a full Ministry, endorsed and funded two major Yoga Institutes The Morarji Desai Institute for Yoga and S-VYASA, spoke about yoga regularly in the Indian and International media and then finally proposed the International Day of Yoga at the UN General Assembly on his visit to the US. The momentum was unstoppable and in a record vote, most countries of the World adapted the resolution. On Sunday 21st June over 20 million people around the world and millions more through TV experienced a collective burst of yoga energy around the world.

Modi’s argument is that yoga is for everyone. He believes it brings you into harmony and balance with yourself, other human beings, and nature and helps you discover higher states of consciousness. He firmly believes that yoga can bring the world harmony and can affect climate change through responsible citizenship. He said yoga transcended all religions and belonged to all of humanity. This argument was obviously persuasive as a record 40 Muslim countries also signed up for Yoga Day. In India, AYUSH and the government shifted the focus from yoga’s Hindu philosophical alignments to its health, wellness and mental benefits instead. So much so that the WHO declared that yoga is India’s traditional medicine and could be shared around the world on that basis. As Prime Minister Modi said on the dais at Rajpath on Yoga Day “It is not just the beginning of a day but the beginning of a new age through which we will achieve greater heights of peace, goodwill and train the human spirit.”

Next Better Strategic Management Frameworks for All 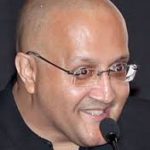 Raja Choudhury is a conscious, pioneering, disruptive and multiple award-winning creator of documentary films, multimedia installations, webby honored websites and events. He has designed many successful digital brands and campaigns in the US, UK and India. 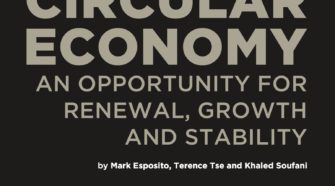