My recently published book called Baby Bust:  New Choices for Men and Women & Work & Family, reports the results of our study comparing the class of 1992 with the class of 2012.  In 1992, hundreds of people were surveyed about all aspects of their lives, careers, hopes, and their dreams and the same set of questions were asked from the class of 2012, the Millennial. One of the questions we asked was whether they had plan to have or adopt children, and the response options were yes, probably, not sure, probably not and no.  In 1992, 78% said yes and in 2012, 42% said yes.  In Baby Bust, I explored the reasons for why we see this drastic shift. Among men and women, the reasons are different but most importantly is our social policy, educational policy, organizational practices and what we can do as individuals and as families. What can we do to help those who want to have children, make it possible for them to do so?  The reasons that men don’t plan to have children to the same degree as in the past have to do with their wanting to be more engaged in their families.  If they became fathers, they are concerned about the debt that they’re carrying, and they see a conflict between work and the other parts of life because they expect their spouses are going to be fully engaged in their careers.  The reason for women are different and have to do with their involvement in having a positive social impact through their work, which seems to be crowding out room in their lives for becoming mothers.

Next Big Idea by Tammy Erickson' 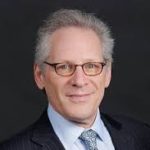 Stew Friedman has been on the Wharton faculty since 1984.  He became the Management Department’s first Practice Professor for his work on applying theory and research to the real challenges facing organizations. As founding director of the Wharton Leadership Program, in 1991 he initiated the required MBA and Undergraduate leadership courses.  He is also founding director of Wharton’s Work/Life Integration Project. 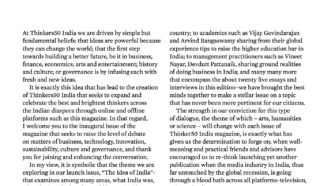