The article explores a host of new and scalable innovations, and applications, which will be required to meet the needs for modern infrastructure and sustainable environments.

“Today, infrastructure is ever more the bedrock of competitive economies around the world, the circulatory systems that efficiently move the goods, ideas and workers that are the lifeblood of an economy.”

“Infrastructure will turn from passive structures into dynamic, smart systems that generate streams of data that can be analyzed to provide never before seen insights into these systems, their operation and use.”

Trained as an archeologist, I have long had an interest in the role of technology and innovation in the continuum of human progress. Across the sands of time, you see that advanced infrastructure propelled the growth of great civilizations and their competitiveness. The oldest canals were built more than 6,000 years ago in Mesopotamia, one of the cradles of civilization. About 4,000 years ago, ancient Egyptians built channels through shallow lengths of the Nile—where the Aswan Dam stands today—opening a thriving trade route between the Pharaohs and Africa. Ancient Greece has a long history of advanced water management. For example, the earliest Greek civilization, the great and prosperous Minoan of Crete, developed cistern technology during the early Bronze Age; these cisterns served as city water reservoirs.

The Roman Empire rose on its mastery of infrastructure—more than 50,000 miles of roads, aqueducts, deep-water ports and dams to irrigate its farmlands. Roman engineering made significant advances in water mills and wind mills, and in the formulas for concrete, including admixtures for durability, one of the reasons remnants of ancient Roman infrastructure are still with us today. The rapid rise of the United States as an industrial and economic powerhouse was launched on infrastructure. In the 19th century, oil and steel traveled on newly laid rail tracks to fuel America’s growing industrial enterprise and the rise of its great cities. The pioneers of electricity lit and powered U.S. businesses and factories. In the mid-20th century, engineering feats of constructing colossal dams harnessed the force of American rivers, bringing hydropower to the West. Laying the 47,000-mile U.S. interstate highway system sped-up and lowered the cost of moving people and goods across the country.

The Critical Link Between Infrastructure and the Economy

Today, around the world, we are in the midst of a major transformation, broad in scope and at every scale, across all kinds of infrastructure, driven by advances in materials, energy and energy efficiency technologies, and the digital revolution. New structural materials are being introduced at a rapid rate—advanced cements and steel, fiber reinforced composite materials, polymers, paints and coatings, and others—offering better corrosion resistance and durability, light weighting, heat and fire resistance, and tailored functionality. They will allow engineers to build systems and architects to design structures that were never before possible. Some materials under development will have properties so unique they offer previously unimaginable applications, for example, self-healing materials for roads and bridges, or materials that sense and react to changes in their environment.

Dozens of companies are developing technologies to harness the power of waves, rivers, and tides to generate electricity. In Brazil, the state of Ceará’s wave power plant is the first in Latin America to generate electricity with wave power. This innovative plant has two floats attached to mechanical arms, which are set in motion by waves. This motion operates a pump that pressurizes water stored in an accumulator connected to hyperbaric chamber, to create a jet of water that drives a turbine, which powers a generator that produces electricity for the port.  Deployment of smart grids is improving grid reliability and resilience, easing the incorporation of renewable energy into the grid, enhancing grid security, providing for better energy demand management, and supporting the shift to electrification of transportation such as greater use of electric vehicles. Smart grids are empowering businesses and consumers with smart meters and energy monitoring tools that help them reduce their energy consumption and costs. Autonomous vehicles are finding their way into mass transportation, for example, new personal rapid transit pod cars that travel autonomously through a guided system or on raised monorails. Japan’s energy generating subway station floors—which use piezoelectric technology to harvest kinetic energy from foot traffic—generate enough power to run automatic ticket and electronic display systems.

The digital revolution has transformed how we conduct business and develop, produce and deliver products and services. Every job in every field increasingly relies on digital infrastructure to accomplish tasks and achieve organizational objectives. This includes accessing a wide range of tools that support the productivity and creativity of people, as they apply their ideas and imagination to their work. As a result, digital infrastructure has become essential in building the competitive conditions for nations in the 21st century. But, having digital infrastructure is not enough. Countries must also focus on developing the pool of talent that can harness the power of this infrastructure. This includes not only developing the skills to use digital tools, but also developing people’s creativity and imagination to put these tools to work to create economic value for their companies and countries in today’s innovation-based global economy.

A new disruptive phase of the digital revolution is unfolding. The physical world and the virtual world are converging across numerous dimensions through sensors, networks and a data tsunami. We are connecting things on a scale once unimaginable through the Internet of Things. Sensors and network connections will stretch across every part of our physical infrastructure, measuring and monitoring everything from the performance of mechanical devices in equipment and engines in vehicles, to the performance of vast electrical grids, sanitation treatment plants and entire mass transportation systems. Sensors and streams of data will be used for condition monitoring, tracking and precise control, for diagnostics and maintenance scheduling, and for optimizing energy consumption. Sensors will be used for autonomous remote watch, for example, checking miles of rail track, the environmental condition of underground water systems, or structures such as bridges and tunnels. Monitoring at the machine level will reduce maintenance costs and prevent breakdowns before they occur. Intelligent machine-to-machine connections will initiate needed actions in infrastructure and equipment faster than operators could react. Advanced visualization will present data in new ways to enhance understanding, and allow personnel to see status at a glance or to better understand historical trends.

This digital convergence will revolutionize transportation with connected and automated vehicles, smart roads and highways, data analytics and user-focused mobile services, delivering an order of magnitude improvement in safety, reduced congestion, better accessibility and mobility, greater sustainability, and reduced transportation costs. For example, smart roads will enable adaptive traffic control and convey traffic conditions to drivers, smoothing our traffic flows and making traffic jams less likely—savings businesses and others time, energy, and money. This new age of digital technology and cheap computational power has created opportunities to leverage increasing data volumes as never before possible. Infrastructure will turn from passive structures into dynamic, smart systems that generate streams of data that can be analyzed to provide never before seen insights into these systems, their operation and use.

Infrastructure represents a golden opportunity for innovation and improving a nation’s competitiveness. As the world’s cities and metros grow, they will be the platforms from which many future innovations will rise. Some cities will be built as complete green fields, a whiteboard for new urban concepts, designs, infrastructure, and systems that maximize sustainability, maintain the quality of life, and support the creative and enabling environments that foster innovation and competitiveness. Meeting the needs for modern infrastructure, sustainable environments and revitalizing existing systems will require a host of new and scalable innovations, and applications. And we have only begun to scratch the surface.

Next Infrastructures development, a competitive imperative 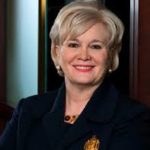 The Economic Implications of COVID-19 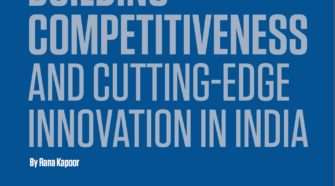