“With 11 million residents, Delhi has been experiencing the fastest urbanization rate in the world according to the 2011 Census with a 4.1% increase in population from 2001.”

“The satellite imagery for India is very clear – urbanization is a process of growth and intensification of existing settled locations and not the formation of new settlements, except around the edges of existing ones.”

The goal of this paper is to provide another view of the current extents of India’s urbanization – an aerial view (actually an orbital one).  Since 1992, the Operational Linescan System (OLS) of the US Defense Meteorological Satellite Program (DMSP) has been collecting images of the world at night.  These images capture the nighttime lights generated on the ground. These images have been captured, processed, and analyzed for India and select metropolitan regions for the past 20 years and are presented below.

Figure 1 shows the nighttime lights for India and surrounding countries from 1992.  Figure 2 shows exactly the same geography but 18 years later.  While the bright spots of Delhi and Kolkata and the Mumbai-Pune combination and the Hyderabad, Bangalore, Chennai triangle are all clearly visible in 1992, they have all increased in intensity and size by 2010.  And, a whole series of new constellations have been added to the subcontinent.  It’s not just those few bright spots getting bigger and brighter – it’s also a whole new collection of cities and towns increasing their visibility at night which not only means increased electrification but also larger and more economically prosperous populations. 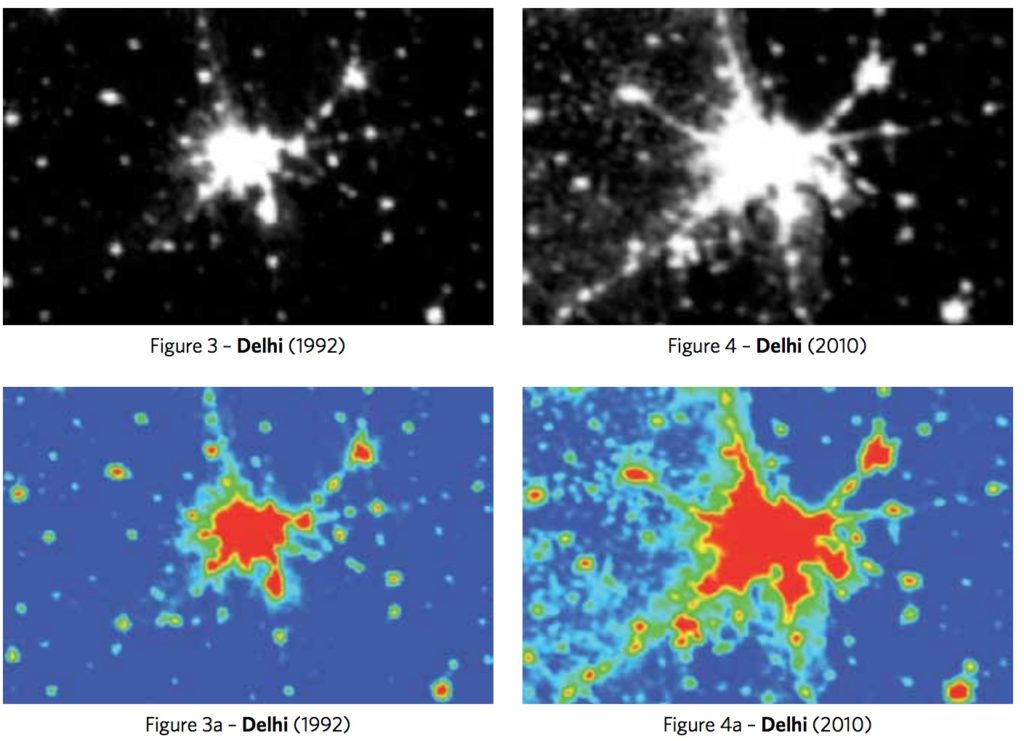 Figures 3 and 4 show the nighttime lights for the Delhi region from 1992 to 2010.  Figures 3a and 4a show exactly the same but with a colour spectrum used to show the intensity of the light instead of just black and white.  A more detailed discussion of the growth of urbanization of Delhi will be presented below, but the transition from black and white to coloured mapping should be explained first.  The instrument used to collect the nighttime light data is actually designed to collect the reflection of moon and starlight off of clouds (it is a meteorological satellite).  As a result, the instrument is tuned to detect very low levels of light and is quickly saturated by the light output of most major cities on cloudless nights.  The red areas in 3a and 4a which correspond to the brightest white areas of 3 and 4 are areas where saturation has occurred.  However, since the instrument can detect lower levels of light, the fringes of urbanized areas are detected.  These areas are difficult to see on a greyscale map since there is little difference between very dark grey and black.  However, when a colour spectrum is used, those areas can be made more easily seen.  The blue areas of Figures 3a and 4a are places where no nighttime light was collected, but everywhere else shows where there are fairly significant sources of light at night.  As the spectrum runs from blue to cyan to green to yellow to orange to red, the amount of visible light detected by the satellite increases from total darkness to total saturation.

With over 12.5 million people in the metropolitan area, Mumbai has seen significant rural-urban migration and a 3.1% increase in population from 2001 to 2011.  With 11 million residents, Delhi has been experiencing the fastest urbanization rate in the world according to the 2011 Census with a 4.1% increase in population from 2001.  Kolkata’s 16 million residents are the result of a 2% population increase.  Hyderabad and Bangalore each house around 10 million people.

Figure 5 shows the nighttime lights for the Delhi region every two years from 1992 to 2000 (top row) and 2002 to 2010 (bottom row).   It should be noted that some of the year-to-year variation is not actually from an increase and then decrease in the visible lights detected but is a result of the processing that is done to produce each annual file.  The light readings are not guaranteed to be consistent across the years, but the overall trend is consistent.  Not only has the urbanized area surrounding Delhi increased significantly over this period, but the lower intensity lights in the area surrounding the most intense nighttime lights has also increased significantly.  Lights are visible along the major road routes.  The Yamuna Expressway from Noida to Agra (south from Delhi) was completed in 2012 and so does not show up on the 2010 map.  Delhi, like almost all metropolitan areas, expands along road access routes until it reaches other cities that effectively become part of the larger metro.  In 1992, Faridabad in the southeast was still slightly separated from the core of Delhi.  By 2010, the growth of Noida is seen and Faridabad is strongly connected to the rest of the metro.  In 1992, Meerut northeast of the core is separate as is the small blip of Modinagar on the Meerut road from Ghaziabad.  By 2010, Ghaziabad is indistinguishable from the rest of Delhi; Meerut has grown considerably; Modinagar has stretched out more along the road; and the core urbanized portion of Delhi continues to grow.  All around the Delhi region, the maps show the growth of not only the core of Delhi but also the surrounding cities and towns.  Some like Bahadurgarh west of the core or Sonipat/Sector 15 to the north become part of the core while others like Aligarh (in the lower right corner) show significantly increased urbanization without becoming part of the Delhi metro.

Figure 6 shows Mumbai and Pune (lower right) with 1992-2000 on the top row and 2002-2010 on the bottom row.  As both water and land can be dark at night, the coast is not shown.  And, light reflected off the water, or “overglow”, is shown so Front Bay and Thane Creek do show nighttime light.  The significant amount of growth and urbanization that has happened in the Mumbai metropolitan region is already well-documented but strikingly shown here.  While the maps show slight increases for Mumbai across the entire period, a large amount of grown has been in the past few years.  What hasn’t been as well-documented or discussed is the tremendous growth of the Pune region.  The tripling of area of saturated nighttime light for Pune is significant, and the region around Pune has also seen significantly increased urbanization.  Urbanization has also increased along the Rasayani-Lonavala-Vadgaon corridor between Mumbai and Pune.  Limited by its coastline, Mumbai has grown north along the coast, to the east, and towards a growing Pune.  Vasai Creek to the north of the core has not been a restrictive boundary as Nala Sopara and Vasai have grown considerably as have Uran and Nehru Port across Front Bay to the south.  Increased urbanization pressures are leading to the expansion of places that had previously been considered inaccessible.

Figure 7 shows Kolkata with 1992-2000 on the top row and 2002-2010 on the bottom row.  As with the other cities, the expansion of the urbanized area of Kolkata is apparent.  In addition to following major roads, the spur to the north of the core follows a different transportation route, the Hooghly River.  Kolkata, like Delhi, shows a great deal of growth in the lower light intensity fringes of the city in more recent years.  These areas are likely home to much of the recent more “informal” growth and urbanization that is occurring across the region.  When an area is more formally developed, the infrastructure, electrification, and nighttime lights are added that create the more saturated, brighter (red) regions of the map.  The growth of Haldia, closer to the Bay of Bengal, is shown at the bottom of the map.

Figure 8 shows Hyderabad with 1992-2000 on the top row and 2002-2010 on the bottom row.  Either Hyderabad or Bangalore could have been shown.  The pattern and growth for both regions is remarkably similar.  Neither had any geological restrictions to their growth, like Mumbai, and both essentially just keep steadily getting bigger and bigger – essentially a spiky circle following major roads, absorbing nearby cities and towns, and growing outward.  For Hyderabad (shown here), the growth is mostly restricted to the city and immediately surrounding area.  While Warangal, shown in the upper right corner, shows some significant growth over the period, and a few of the smaller towns intensify their nighttime lights slightly, almost all of the growth is in and immediately around the core of Hyderabad.  In 2008 (bottom row, 4th) the intensification of light in the area in Shamshabad to the south of the core around the Rajiv Gandhi International Airport, which was completed that year, is visible.  By 2010, the entire area shows saturated light.

As indicated in the introduction and show in Figures 1 and 2, the urbanization of India is not just restricted to the largest cities.  Figure 9 shows the region around the cites of Kolhapur (bottom left), Ichalkaranji (bottom center), Sangl/Miraji (bottom right), and Karad (top of the triangle).  These cities are in Maharashtra on the border with Karnataka (the border between the two is shown) with 1992-2000 on the top row and 2002-2010 on the bottom row.  Kolhapur according to the 2011 Census had a population of just over half a million people.  The key thing to notice from this series of maps is how the intensification of nighttime lights is increasing across the region.  Not only is it increasing within the triangle of cities in Maharashtra but also along the Krishna River in Karnataka.  The number of people living in the smaller cities and even towns and villages is also increasing.  And with that increased population, the nighttime lights produced along with the prosperity of more remote regions is increasing as urbanization increases.  Interestingly, this is an intensification process.  Virtually no city appears de novo in the satellite imagery.  Small settlements become villages which become towns then cities and eventually could become major metropolitan areas.  Although the map shows much more nighttime light at the end of the period than at the beginning, it is from an increase in light from places that were already there in an early period but with less light produced.  The satellite imagery for India is very clear – urbanization is a process of growth and intensification of existing settled locations and not the formation of new settlements, except around the edges of existing ones.  Places are not grown from scratch – they develop from much smaller ones.

The maps have shown how urbanization has increased across India during the past 20 years.  Delhi has seen a nearly fourfold increase in the total area of the city with the highest concentration of nighttime lights over the period, and most (if not all) of the other major cities of India have had similar or even larger increases.  But, that growth is not restricted to just the largest cities.  Smaller cities, some in areas immediately adjacent to metros, some neighbouring but not (yet) part of larger metros, some in more remote locations, have also seen significant increases in their urbanization over the same period.  The implications of that increasing and intensive urbanization in economic, social, environmental, and cultural terms have yet to be fully understood, but the urbanization is happening.  It is happening across the entire country, not just in the biggest cities, and India’s urbanization is growth and intensification of existing locations.

Next Opening up the idea of India 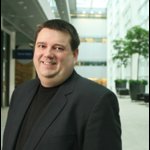 The author is research director at The Martin Prosperity Institute at the Rotman School of Management, University of Toronto and the Inaugural Walton Distinguished Visiting Fellow in Sustainability at the School of Sustainability, Arizona State University. 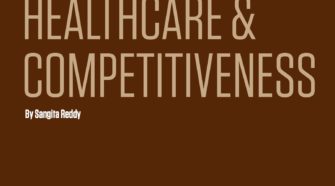