The Future of Pandemics and Seven Cocooning Aftershocks

“Wages are directly linked to the amount of value generated by individuals, all individuals.”

Some thirty years ago I went to interview Peter Drucker in London. At the time, I knew very little of his work.  He was an old man who had written a few important books.  When you are young you tend not to worry about such details.  Suffice to say, I was sketchily prepared to interview the founding father of modern management in any vaguely intelligent way.

During the interview, my eyes were opened. Drucker was a veritable fount of knowledge and stories.  As a child in Vienna he had met Sigmund Freud. He was also an expert on Japanese art.  And he re-read Jane Austen annually to remind himself of what great writing is.

There was much more. Drucker talked for an hour or two. Along the way he commented that the book we all want to write is, ‘How to make a million and still go to heaven’.  I would still like to write this.  I escorted him down the road to a pharmacy — as I remember, he needed something for an old skiing injury.

I left my meeting with Drucker convinced of the timeless nature of management — after all, it took management to tend the Hanging Gardens of Babylon or to build the Great Wall of China.  Drucker taught me that management was also universal and had the power to change the world.

I was not alone.

Also during the 1980s in Qingdao in China, a young man by the name of Zhang Ruimin discovered an old, battered copy of Drucker’s The Effective Executive.  The book opened his eyes.

Fast forward to 2017 and I am sitting in a state of the art conference venue in Qingdao and alongside me is Zhang Ruimin, chairman and CEO of the world’s largest white goods manufacturer, Haier.

Under Zhang’s hugely innovative leadership, Haier has evolved from a basically bankrupt manufacturer of poor quality fridges to one of the most innovative companies in the world in terms of its management.

Haier’s business philosophy is called ‘Rendanheyi’.  To the outsider it appears hugely complex, a large company basically deconstructed into a freewheeling entrepreneurial spider’s web. Middle managers (some 13,000 of them) were eliminated in one dramatic swoop.  Instead of forming another line in the hierarchy, they now have the opportunity to be CEOs of their own businesses within the company.  This has spawned hundreds of micro-enterprises. Wages are directly linked to the amount of value generated by individuals, all individuals.  The author Danah Zohar describes Haier as a “quantum organization”, one in line with the laws of quantum physics rather than the linear world of Newton.

“CEOs, for one reason or another, generally prefer to spend their time differently than devouring the latest business blockbuster.”

Haier’s model has developed its own — sometimes perplexing and lost somewhere in translation — language but at its heart are a number of key points:

1: Change leads to change.  Haier seems addicted to change.  At every stage when it looks as though a period of calm would be the answer, the energetic Zhang Ruimin has driven through even more change.  Instead of being an isolated initiative or a programme, change is viewed by Haier as a fact of life. It is.

2: Level 5 management: Jim Collins refers to Level 5 leaders.  These are leaders characterized by humility rather than the over-arching egos often on display in the C-suite.  What is interesting about Haier is that humility has become a core part of the company’s culture as well as Zhang Ruimin’s personality.

This is manifest in a variety of ways.  For example, when it takes over companies it does not send over a large swat team to convert the acquired company to their Haier way.  Instead it plays a long and gentle game of persuasion.  A handful of Haier executives may be sent to the acquired company.  Their role tends to be passive rather than active.  It is not missionary work. Instead they wait to be asked, ‘How would you handle this at Haier?’ When Zhang Ruimin visited the United States earlier this year he didn’t visit the company’s most eye catching acquisition, GE Appliances. He was content to let the company find its own way. It is difficult to imagine a Western CEO employing such an arms-length approach to assimilating a business into an already successful organization.

3: Learning constantly.  The lead, as ever, must come from the top.  Zhang Ruimin is a voracious reader.  One of his aides shakes his head at the very thought of how many books he gets through. ‘If we are sitting in an airport lounge he will be there reading a new book he has just picked up. Five a week he gets through sometimes.’

Talking to Zhang the truth of this is quickly apparent. He is hugely well read.  His conversation moves easily from quantum physics to Henry Mintzberg, from Drucker to blue ocean strategy.  He quotes from Kant and Frederick Taylor as well as Chinese inspirations. For a senior business leader, this is highly unusual – perhaps unique.  CEOs, for one reason or another, generally prefer to spend their time differently than devouring the latest business blockbuster.

To the self-educated Zhang Ruimin learning is as natural as breathing.  From early on in Haier’s development he has traveled to meet up with the world’s leading thinkers.  He picks their brains and cherishes the conversations.  Hardly a week goes by without a business luminary visiting Qingdao to meet with Zhang.  Some, such as Gary Hamel, have become intellectual sparring partners.  Hamel’s anti-bureaucracy message has found a willing disciple in Zhang.

And Zhang is not alone.  Listening to the CEOs of Haier micro enterprises it is clear that they are enthusiastic converts. They are effectively creating their own businesses under the Haier umbrella.  The corporate home is reincarnated as an incubator, a platform for individuals and the organization to grow. And so, entrepreneurial energy and dedication — ‘You may see the marks under my eyes, I have been awake for 30 hours,’ one of the microenterprise leaders confides — becomes part of the corporate fabric, or the very loose and large tent which now constitutes a modern corporation.

A few weeks ago, we had a tortuous problem with our bank.  We talked to low level employees who were very pleasant but essentially powerless.  Emails to senior directors were rejected.  This situation is all too common in large organizations.  People on the frontline have been stripped of independent decision making and organizational power. Meanwhile, senior executives come up with strategies and seem careless of their execution. In such organizations there is a managerial vacuum.

Management is at a crossroads.  The robotic age will alter the world of work in fundamental ways. The negative perception is that jobs will be lost and that is the end of the story.  Jobs will, indeed, be lost, but therein lies an opportunity.  It frees up workers to assume the innovative position of responsibility created by Haier.

Companies exist to create and retain customers.  Zero distance to the customer is one of many Haier mantras. It is one which Peter Drucker would have approved of.

Next Ideas into Practice 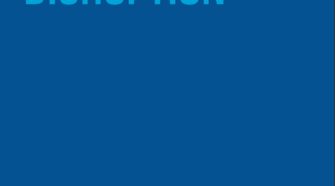