Building an Exponential Organization Fit for an Accelerated world

Sonu Bhasin on Family Business- The Unsung Heroes at #ThinkersSandbox

Respect and family businesses are not two words that go together in general. This, however, should not come as a surprise since we all know that people get their perceptions built over a period of time regarding any particular thing. So, the case of family businesses is no different. Going quickly through the history of perceptions about family businesses -for example the last 100 years- can simplify things for us to understand as to how are they the unsung heroes in our lives.

The businessman under the British Raj can be seen as an agent of the British who went on to exploit his natives to earn money for his British masters. There were no labour laws or guidelines so that as long as he kept his masters happy, he was free to run the business in any way that he wanted to. A time then came when India became independent and businessmen continued to serve their masters who now got changed. The political masters of this era soon came to realize that their dream of building an altogether new India could not be achieved without having a business by their own side. So, they called it as Industry. However, in those days of socialist and idealistic India, even though the word industry was perceived to be good, making money was considered something as not good. The reason is that businessmen were always seen as those wearing “Suit-Boot” and as ones who only exploited the poor people. A major chunk of the population among the next generation was also found to be burdened by this whole set of perceptions that was inbuilt in the whole system. As a result, most of the parents at that time wanted their children to become a teacher or a doctor or an engineer. Only if the child failed to become any of these, working for a Lala or a family businessman was given as an option. Therefore, becoming a Lala or starting a business that we now call as startups were something that people did not do as their first choice.

Looking at all these perceptions, one may not be surprised when someone who works in family businesses is asked a question like: Do you work with Mom And Pop shops? The answer is yes. Not many know that American businessman and entrepreneur Sam Walton started his career as a “Kirane ki dukan” i.e., a mom and pop shop in a small town called Bentonville. It took him 12 years to move to a slightly larger town and set up his first Walmart. Some years later, he took Walmart to the larger public. Similarly, Tesco was started by Jack Cohen as a simple grocery stall in Hackney in East London seeming almost like a “Sabji ki dukan”. It also took him 27 long years to take Tesco public. Berger Paints is the second largest paints company in India today where the Dhingra Brothers won almost 75% of it.  The family’s journey as an entrepreneur started in 1898 when it decided to set up an all-purpose hardware shop in Amritsar. As of date, Berger Paints is only second to Asian Paints, which is also a family-owned business. Therefore, almost every family business that we see in today’s time had started more or less as a mom and pop shop only. The fact is that a majority of them stay as a mom and pop shop throughout their journey and it is only a few that become larger, with only a minute fraction of them becoming big businesses like Walmart, Tesco, Berger Paints, Thomas Reuters, Viacom 18, etc.

Interestingly, mom and pop shops like these are all around us which means that we know of them but have never sat down and looked at their total contribution to the Indian economy. Today, we talk about 7% or 8% growth rate but the truth is that even when our economy was growing at a rate as small as 3.2%, the economy was growing in a real sense because of these unsung heroes. The statistics around the world regarding them are worth mentioning. Almost 90% of world commerce is in the hands of family businesses where a large part of them are also family run. In whichever country they are, their contribution to GDP is 60% to 90%. In India, the figure is around 70%. They are also the largest employers outside of the government when seen as a percentage. If we look at the Bombay Sensex, close to two-thirds of all the companies listed are family-owned. So, family businesses are indeed heroes.

A strong reason why such businesses can be termed as heroes is that research around the world shows that they have been consistently delivering more profit than what the non-family ones have done. Even in India same trends can be seen. Focusing on two of the most important characteristics of these businesses, it is again not difficult to comprehend that they have been and continue to remain the unsung heroes in the saga of doing business. First is the spirit of entrepreneurship. All they have is commitment, dedication, passion and do not know of any other life outside of their own business. The second thing is that their speed of decision making and the execution of those decisions is extremely fast. They are also not bothered by whether they will be promoted or not which many of us as professionals would agree that it is something that keeps on going in our minds on a daily basis. However, corporate governance experts have always frowned upon the fact that their decisions are often taken around the dining table. But if that is all they do, then there are decisions that get made and then implemented for both the short-term and the long-term. It is also a long-term affair because such businesses do not look at creating a business only for themselves but that to leave behind a legacy that can be taken forward by the generations to come.

If family businesses can be termed as heroes then what we have here is also a villain in the picture. It is none other than the family itself who plays the role of the villain. Research tells that only 3% of the family businesses make it to the fourth generation or beyond. One of the primary reasons for such a trend is lack of succession planning and there are two parts to it. Firstly, there are generally too many successors fighting for the same job and second, which is in sharp contrast to the first is that no successor wants to take up the job. The first problem is what everyone is aware of since the time of Aurangzeb but the second one is relatively a newer problem. There are many reasons to it, as today what we have are nuclear families with people having fewer number of children facing an ample number of educational and other options. So, the generation today does not want to work in an environment which is stifling and control-driven i.e., where a family member is always looking down the shoulders all the time to keep a check on everything.

Another reason for many family businesses not making to the next generation is the issue of lack of corporate governance. The term corporate governance is the act of balancing the interests of all the stakeholders that are involved in a business. Under family businesses, this would normally manifest, if at all it did, in the form of a qualified board, qualified independent directors, an advisory board of again some qualified people, senior management people and finally one non-family member. Since members in such businesses often do not adopt such a practice, there arises a conflict of interest. It is regretful in that it results in a waste of time, effort, energy and money. This is because when a family business fails, it is not only the family that gets affected but also the employees working there.

This is the time when we should start looking at associations like the ones that we have presently for our different sets of industries where the membership is based on the generation of a family business that you are into. This way, people can meet, learn from each other and understand most importantly that there is nothing wrong with their families. It is a systematic and an endemic problem around the world where businesses have actually found solutions to it. Hence, it would mean a lot to the Indian economy if the percentage of businesses failing came down from 70% to even 50%.

Now, when you think of a family business then do think of them as mom and pop shops kyonki Walmart bhi kabhi kirane ki dukaan thi.

Previous The Economics of Chaos & Complexity 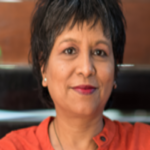 She is the Founder and Managing Partner of FAB - Families And Business, a platform for Family Business Owners. She has set up and managed large businesses, and diverse teams, across financial and non-financial sectors in India and overseas. She is also the Editor - In - Chief of The Families & Business magazine, India's only stand-alone magazine that addresses the concerns of Family Businesses 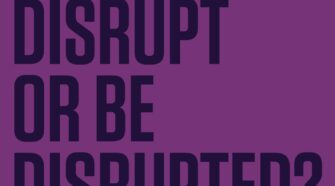