The author builds an argument on the importance of money in building a social enterprise and how it goes a long way in enhancing the wellbeing of society.

“This is where economic growth comes into the picture. Dole doesn’t help. It is not sustainable; it has no sustainable or permanent benefits. Economic empowerment does.”

“We talk of inclusive growth, we talk about promoting shared prosperity, but unless we incorporate social objectives into revenue generating models, this will remain mere rhetoric.”

When I was a young girl I would listen with wide-eyed wonder to statements such as these: I don’t care for money, money doesn’t interest me, money is the root of all evil, etc. This became an oft-repeated refrain which I heard from all kinds of people, rich and poor, from different walks of life.  I would be deeply impressed by them all. They were, in my eyes, unworldly & saintly, and I longed to be like them.

Over the years, things have changed. The scales have fallen from eyes. I have developed a profound respect for money, and more so for what we can achieve with money provided we have a deep desire to do so.

This is where economic growth comes into the picture. Dole doesn’t help. It is not long lasting; it has no sustainable or permanent benefits. Economic empowerment does. And economic empowerment is a concept that can best be understood by those who have a clear focus on economic objectives for their own selves and organizations, for they are the ones who know all too well that money is not money alone. Money means food on the table, education for children, and resources for health and sanitation. It also means a life of dignity and self-respect.

Economic achievements form the fundamental basis of hard work. Decades ago in China, when collective farms became the norm, production decreased, as there was no incentive for individual farmers to work harder than others; after all, the take-home component was the same for all, the sluggards and enthusiasts alike. But when the same farmers were told that they would get a share of the revenue generated, production increased dramatically. The best business houses worldwide understand and accept this phenomenon, and implement it for best results.

But economic objectives alone cannot take us on the path of social development. We talk of inclusive growth; we talk of promoting shared prosperity, but unless we incorporate social objectives into revenue generating models, this will remain mere rhetoric.

Imagine a large business house, which owns a series of factories. Factory workers are engaged in the core work, the basic program, that of production. Apart from wages, these workers need homes to live in, medical facilities if they fall sick, and schools for their children. Workers must be fit and healthy themselves. If these issues are not addressed, what will happen? If diarrhoea and Tuberculosis and malaria are rampant, where will the workforce come from? The need of the hour is to conceptualize economic and social goals not as divergent pathways but as two parallel roads that criss-cross & even overlap with each other.

Corporate leaders must take care of their own people, but also keep the world’s biggest challenges in mind.  In 2008, about 11,000 business leaders met at the World Economic Forum conference at Davos in Switzerland, and they agreed on one point- that communicable diseases such as Tuberculosis or TB will adversely effect productivity in the years to come. Today we find that it is true. The incidence of TB in the mines is at least eight times higher than in the general population. Workers come to South Africa from neighboring countries such as Swaziland and Mozambique and Lesotho, they get TB and go home to die; they also infect several others before they die. So TB eradication is a major social objective that must be achieved to have a healthy and productive workforce, who can work and earn wages to send their children to school, which is eminently desirable if the world has to make progress. In India, 300,000 children are forced to leave school annually because of TB, and, if a wage-earning parent has TB, may have to take up jobs to feed the family. This fully curable disease is estimated to rob the world of an unbelievable $3.4 trillion in the next decade.

My take on money? Money matters. It matters a lot. But money is like oxygen, and we as a human being only need so much to sustain ourselves. Anything beyond is surplus and will go waste. Can we ever think of wasting things that are essential for life, such as water or food or clean air? Money stashed away in banks and bonds is useless paper. It is equivalent to the miser hoarding his gold underneath floor boards. Let us put an end to this.

“In a free enterprise, the community is not just another stakeholder in business, but is the very purpose of its existence,” so said Jamsetji Tata, one of the greatest visionaries of our times. “We do not claim to be more generous or more philanthropic than others. But we think we started on sound and straightforward business principles, considering the interests of the shareholders our own, and the health and welfare of the employees, the sure foundation of our success.” I think most would agree- that success is measured not by millions in the bank of one or two persons, but by the physical and mental wellbeing of society as a whole.

Previous CSV will lead to social and economic development of society

Next The SEWA Way 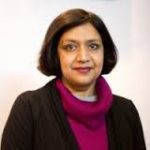 Shelly Batra is the Managing Director, Operation Asha .She is 2014’s Social Entrepreneur of the year, awarded by Schwab Foundation, renowned Senior Obstetrician and Gynecologist, Advanced Laparoscopy Surgeon, an Ashoka Changemarker and a best-selling Penguin author. 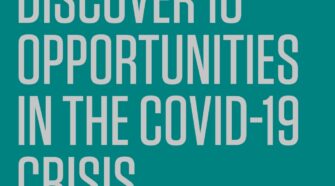