Letter to the CEO | Scott Anthony

Historically, governments have performed both the malign role and the benign role. A malign role is in terms of excesses government intervention in areas where government need not necessarily exist. There are areas that government need not necessarily be in, and therefore, it is a question of withdrawing from those areas, subject to existence of proper regulation. The withdrawal of government does not mean absence of regulation. It is because competition, as defined in the textbooks, is a figment of the imagination. That perfect competition does not exist anywhere. The world is unfortunately a world of unfair trade practices and restrictive business practices that needs regulation.

The withdrawal of government does not mean absence of regulation

When individual companies approach the government, half the time it is because of their legitimate entitlements, and the other half is when they want the rules to be bent on their behalf so that the competition cannot have the same degree of access. That is the reason regulation is needed. It should be noted that the dividing line between regulation and control is a very thin one and historically, licensing and control have often been regarded as synonymous with regulation. For regulation, the content of regulation is important, and adequate regulators who possess the necessary expertise are needed. It is also a question of whether an across-the-board regulator like the Competition Commission of India is required or a sector-specific regulator having technical expertise is required.

Commerce and trade existed even in the age of Mahabharata and Ramayana. During those times, there was no government to look after unfair trade practices and restrictive business practices. It was the individual industry organizations in the form of shrenis who did that. The best English word for shrenis is guilds, although they were quite unlike the guilds of the west. Quite often, the reason government steps in is if the regulation which might very well have been done by industry bodies and industry associations is absent, so the government is sometimes unwillingly forced to step in.

To elaborate on the benign role of the government, there are certain goods and services we expect governments to deliver. This is the reason governments are elected in the first place across the world. In order of priority, arguably the most important areas for governments to deliver public goods and services are law and order and security, followed second by some areas of physical infrastructure where they are bound to be market failures. These are electricity generation and transmission, rural roads, water supply, social infrastructure like primary health centres in villages and schools in rural areas. Also, the distinction between government actually providing these and government not necessarily providing them but financing them must be noted. These are areas the government cannot be expected to abdicate.

Seven decades after independence, there are a hundred thousand villages that lacked public goods and services that those of us living in urban areas take for granted. An oft quoted line of Gandhiji is that India lives in her villages. He also mentioned the number of villages that existed in India at that time and it was 700,000. Over a period of time, villages disappear. Some get reclassified, some become uninhabited because of migration, some become assimilated into larger villages or even urban agglomerations. The number of villages in India today is 600,000. They lacked all-weather roads, electricity and LPG and individual households did not have electricity connections, bank accounts, access to toilets, and access to water.

Since this particular government came into being in 2014, there have been various accusations and conjectures about whether it is pro-market or anti-market, if it is introducing big bank reforms, if it is introducing small bank reform, and so on. When we accuse this government of being anti-market, we must remember there are villages that are applauding the fact that they finally have these public goods and services now. To deliver these public goods and services, government requires revenue, and there are only two sources of revenue- tax and non-tax revenue.

On the tax part of it, one can have a range of opinions on GST, but the question is, should the government have sat around, debated and tried to generate a consensus and then waited for another 20 years to proceed towards that GST or should one recognize that the GST one has got is an imperfect one and that we can tweak it as we go along? This government decided to proceed with the latter option. On the direct tax side, everyone wants a reduction in the tax rates. Reduction in the tax rates is linked to the removal of exemptions. Unfortunately, most people want the exemptions to be retained for themselves and removed for everyone else. We want that, but we also want our infrastructures to rival that of Western Europe and South Korea. We cannot have it both ways.

When we look at India, we often tend to look at it in terms of what is happening in states and districts because these are neat administrative boundaries. The interesting churn that is happening in India now is not just competition among states but the great disparity among states and within states. Several of the states that were historically backward are now fast catching up. The distance between them and the more advanced states historically may still be large, because states like Punjab, Goa, started with high base levels. Even more interesting is the fact that there are increasing variations within states. For example, the Mumbai-Pune belt is not the same as what is happening in Vidarbha.

One of the remarkable things that has been happening is this churn and the so-called backward villages in the backward districts catching up is that there are villages in India with population sizes of 10,000 which have better development indicators than towns with population sizes of 10,000. So, with regards to development and deprivation in India, it is no longer enough to look at states. It is even more important to look at districts. It’s no longer enough to look at it with this rural-urban prism because within that rural-urban prism, things are changing and they are changing very fast. For the last several years, a structural change is happening in India. If one extrapolates the historical paths, you will form a very inadequate comprehension of what has been happening in India.

Previous In Conversation with Whitney Johnson

Next Steps to personal disruption

What Happens to Best Practice? 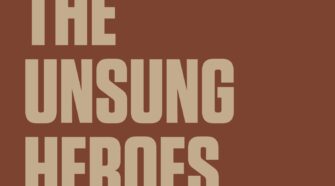