Thinkers50 founders Stuart Crainer and Des Dearlove spend their time scanning the world of business ideas.  Here is their selection of the best commentators and thinkers on how to harness capitalism as a force for good.

One of the UK’s best-known social entrepreneurs, having led some of the country’s most successful social enterprises, most recently Fifteen which, with chef Jamie Oliver. Author of There’s No Business Like Social Business (The Cat’s Pyjamas, 2004), and the Social Entrepreneur’s A to Z (2014).

Co-creator of the Escuela Nueva (New School) pedagogical model, adopted by Colombia’s Ministry of Education and now in 16 countries.

Founder and CEO of Ashoka, a non-profit organization dedicated to finding and fostering social entrepreneurs worldwide.

Founding partner and executive chairman of Volans; and co-founder of Sustainability. Co-author of The Power of Unreasonable People (Harvard, 2011). Fast Company blogger and originator of Triple Bottom Line concept.

Professor at Grenoble Graduate School of Business, France. Founding director of the Lab-Center for Competitiveness and teaches at Harvard University. Esposito has worked on the topic of creation of prosperity and sustainable business practices.

Harvard professor and author of To Repair the World (University of California Press, 2013).

Long-term Anglo-Dutch writing duo provide new visions for the future of capitalism in new book Nine Visions of Capitalism (Infinite Ideas, 2015) based on unlocking the true meaning of wealth creation. Lots of reinventing capitalism ideas, but this is the most coherent.

Social entrepreneur, founder of the Sama Group, a family of impact enterprises. Youngest recipient of the 2012 Club de Madrid Leadership Award, and the Heinz Award in 2014. Named Social Entrepreneur of the Year by the Social Enterprise Alliance, one of Fortune‘s Most Powerful Women Entrepreneurs, and one of the seven most powerful women in tech in 2014 by Entrepreneur.

Professor at the Hertie School of Governance in Berlin and visiting scholar at the Stanford Center on Philanthropy and Civil Society. Academic editor, Stanford Social Innovation Review.

Professor of social entrepeneurship at Said Business School, Oxford. Author of Changing the Game: The Politics of Social Entrepreneurship (forthcoming).

Founder of nonprofit Acumen, author of The Blue Sweater (Rodale, 2010).

Osberg is President and CEO of the Skoll Foundation, and Martin is a best-selling author and director of the Martin Prosperity Institute at the Rotman School of Management. Osberg and Martin are co-authors of ‘Two Keys to Sustainable Social Enterprise’ (HBR, May 2015) and Getting Beyond Better (Harvard, 2015).

Porter is world famous Harvard professor and originator of the Five Forces Framework and much more and Stern is a professor at MIT. They are the founders and originators of the Social Progress Index. 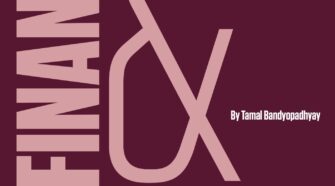